Sir Albert Einstein, Stephen Hawking, Paul Allen, You might be familiar with these names. Do you know what is common among these legends? Their IQ! Yes, their intelligence level was what makes them unique from other personalities.

In discussing a person's mental ability, the intelligence quotient, or "IQ," has become a buzzword. By attempting to determine a person's intelligence, a discussion has erupted over whether or not that person has any control over his IQ. Some feel it is simply impacted by their genes, while others say it is nurtured as they get older via hard effort. One thing is sure, whatever the circumstance may be. For the time being, IQ is the most accurate indicator of intelligence.

Maximize Your IQ Level With These Techniques

Many studies show that cognitive functions of the brain can be increased by practicing and training. There are many proven and truthful ways that are helpful to stretch the grasping and thinking capacity of your brain, and thus your intellect. If you are looking for some science-based techniques, take a look at some of them-

It is one of the most known ways to increase mental ability. Parents concerned about their child's IQ must encourage their children to be involved in such activities. When you sit to solve puzzles, brainteasers, and quizzes, you are presented with a number of questions where you have to find missing words, missing letters, arranging/rearranging words or letters, which will build your child's spatial reasoning and hand-eye coordination.

Have you ever heard the name, Gary Kasparov? The prominent chess player of Russia has an IQ score of 194. You will be amazed to know that this man has an unbelievable record of tying with IBM's Chess computer that could calculate 100 million moves per second. Just read this sentence again and think! How he was able to develop such an achievement is Chess. Playing Chess enhances the level of thinking, perceiving, and grasping power of Mind.

Meditation is one of the beautiful and proven ways to excel in your cognitive potential. You can harness your innate capability and improve your brainpower and capacity by practicing it daily. Meditation is linked to an increase in grey matter and a thicker cerebral cortex. Memory, attention span, decision-making, and learning all have direct connections to these areas of the brain. As a result, meditation can help you boost your brain function.

Sudoku is a popular Japanese puzzle game that involves placing numbers in a logical order to test one's intelligence level. As you know, It does not include any calculations or specific math skills; all that is required is the use of one's brain and focus. Sudoku's purpose is to complete a 9x9 grid with digits in such a way that each column, row, and 33 segments have numbers ranging from 1 to 9. Your task is to use logic to complete the grid by filling in the missing digits.

Colour Code, MasterMind, and Guess the Code are three games that you can play. All these games have been grouped together because they have similar goals: deciphering a random code. You will be given hints to help them figure out what the code is. These games assist your child in analyzing the information presented and applying reasoning to decipher the code.

So all these activities have a direct connection with cognition. If you practice daily, you will see a rise in your IQ. Apart from that, try to maintain a healthy diet, have enough sleep, avoid alcohol and cigarettes and have physical exercise daily.

Must read: True Friends: What Role Do They Play In Your Life? 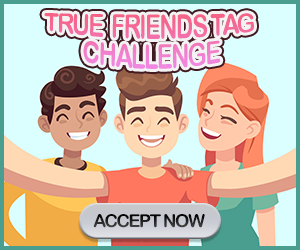